Yesterday evening I mentioned that I'd been working in one of my art journals again. And I'd meant to include pictures, but forgot. I'm going to blame it on the stuffed up head...

I've been swilling tea and water (and a cup of coffee... I won't lie...) for the past several hours now, and took a Sudafed... so now I feel less stuffed up and kind of like my eyes are bugging out of my head. However, since I can now breathe again, I'm not going to complain. Sudafed does make me feel rather... AWAKE. @_@

I also mentioned that the Missus had brought me home some flowers yesterday evening. They're bright and fun, and I absolutely love them... 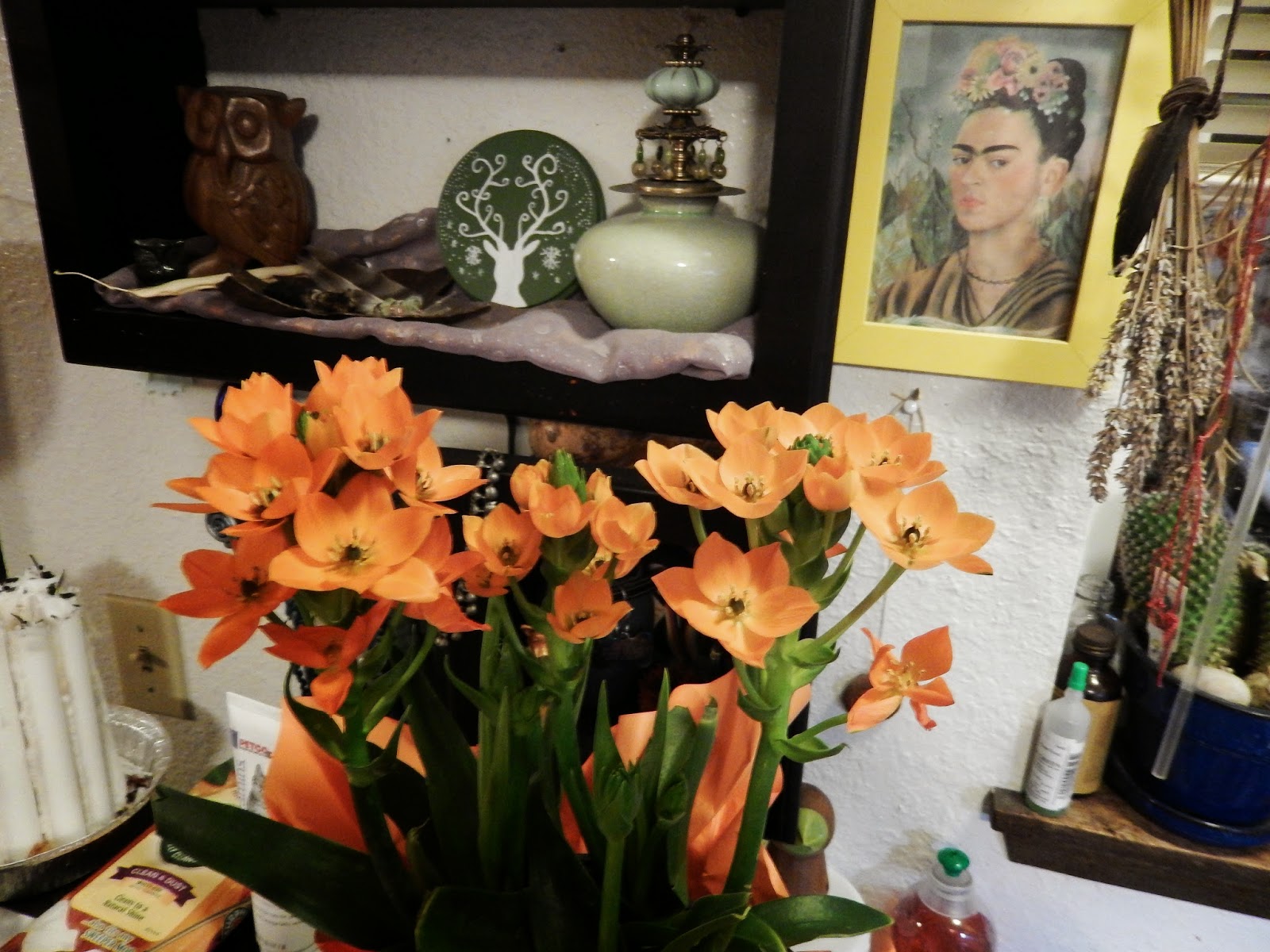 They're vivid orange Sun Stars... the buds on the stalk tips (before they bloom) look like asparagus...

Here's the first art journal page I did the other night. I had no idea what I was going to paint. I just grabbed the colors that jumped out at me & started painting. It was refreshing and relaxing... better than a yoga class. ^_~ 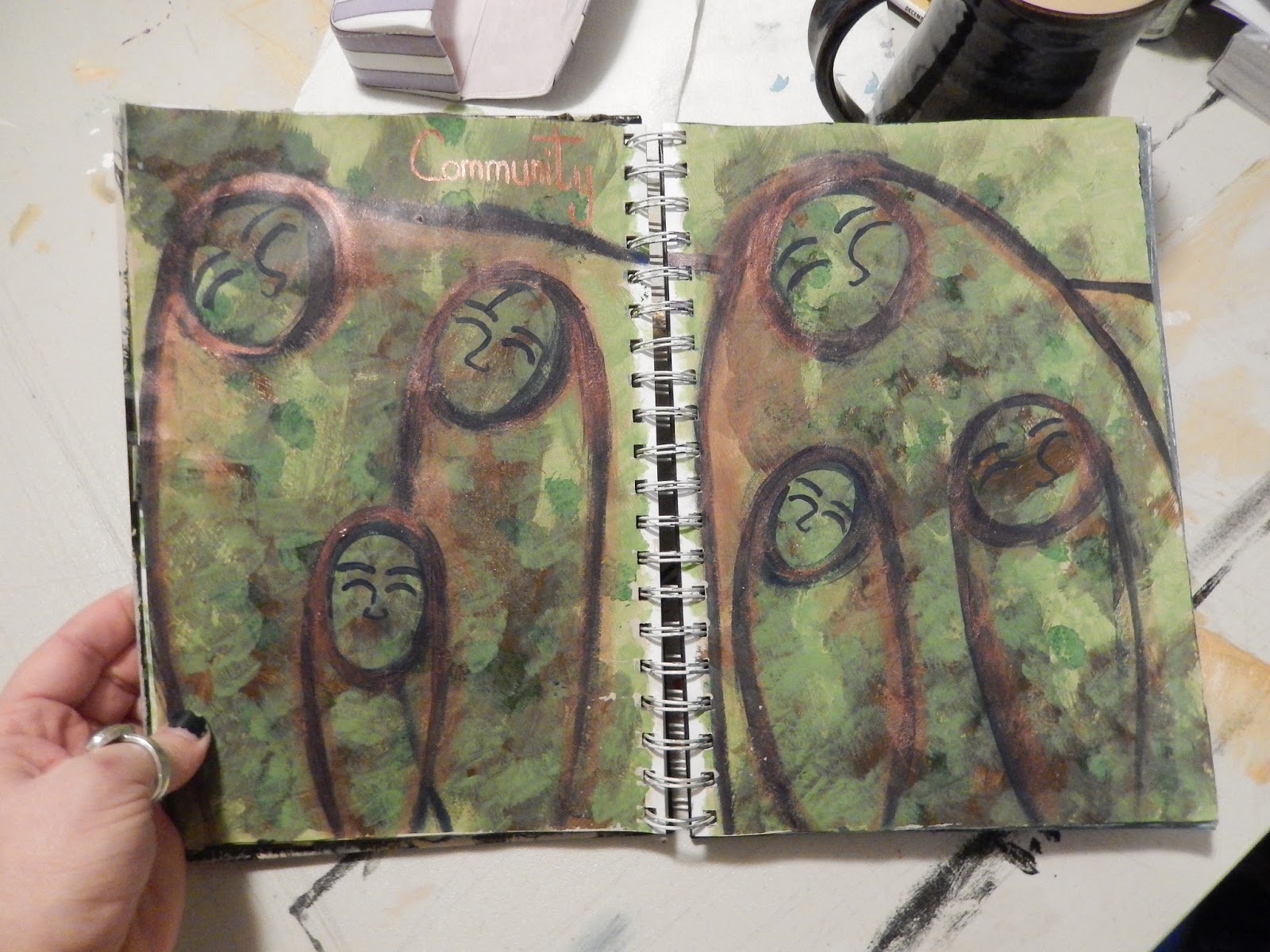 This is the page I started last night. It has a really fun texture to it... and I am now in love with texturing everything. 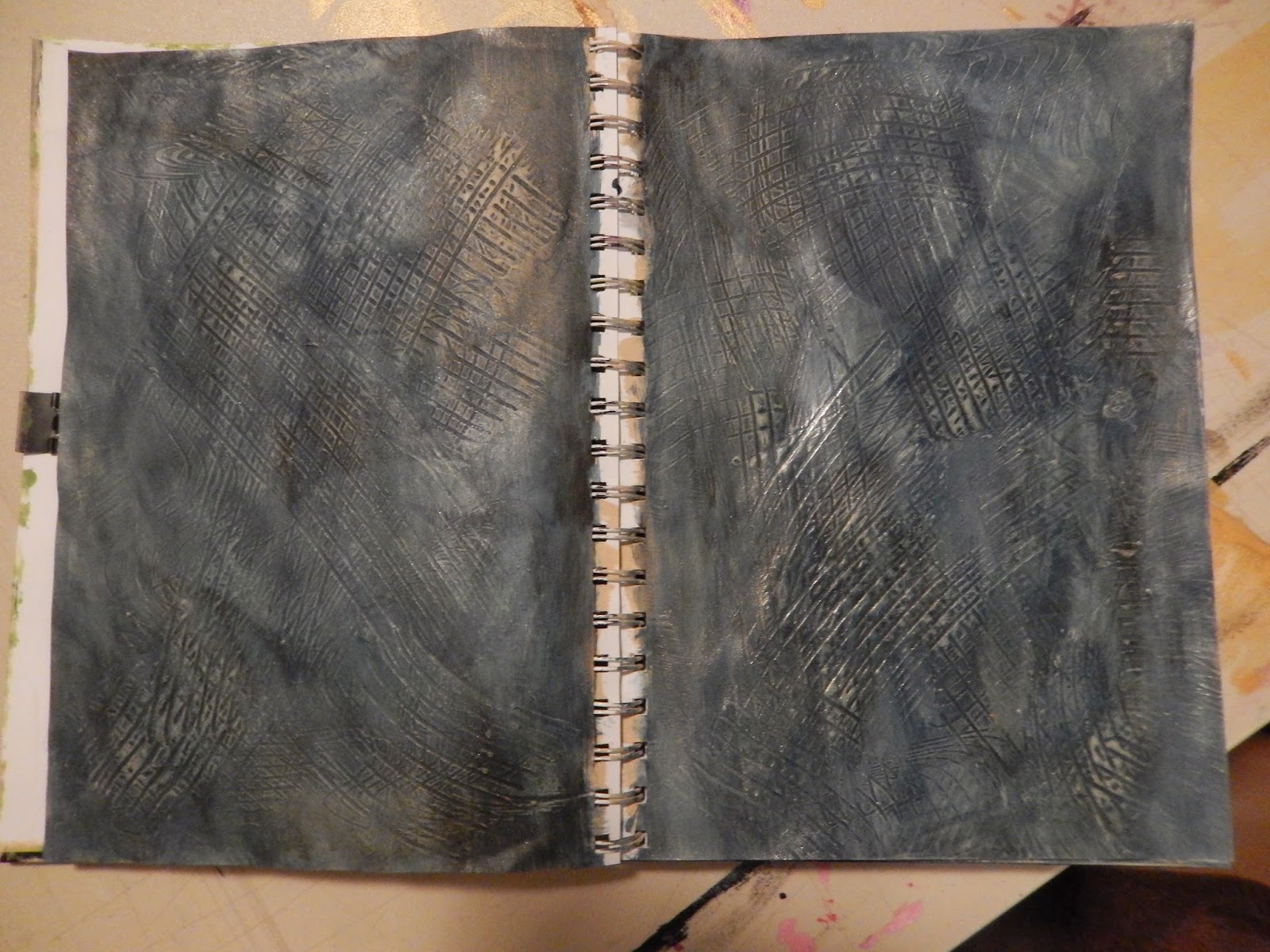 Since I don't have any gel medium, I've been giving my journal pages a base coat in this strange beige color we have a huge tub of... After the first beige layer dried, I slapped on some globs of beige here and there, then dragged a pick comb through the wet paint. After that layer dried (with the help of my trusty hair dryer...), I used different blues, light gold and black to paint over everything. After I'd add some color, I'd rub off the excess with a paper towel. There are a lot of layers of paint on this puppy...

I ended up stopping work on this last night and going to bed because I was feeling stressed (because Britt was stressed about school and I have a difficult time not borrowing her strong emotions) and I couldn't chill out. I was getting grouchy because of this, and having a hard time focusing on the process of painting (instead of what I was painting). So I took some NyQuil so I could sleep without waking myself up by coughing... and woke up feeling awful... lolz.

But I've been up for several hours now, and while I'm still coughing & feeling stuffed up, the tea and decongestants seem to be helping. ^_^

So now I'm off to paint some more, and hopefully finish up this page. Then I'm going to take some time and glue every other page of my art journal together (it's just a cheap sketchbook...) so that hopefully the pages will take to being painted with less complaining, rolling of edges, etc. ^_~

Next time I buy a book for an art journal, it's going to have some heavy duty paper in it. But when I got this book, I had no idea I'd be painting in it... so it's working nicely, all things considered. ^_^


As a side note, I've been trying to figure out a way to post pics onto Instagram when I haven't taken the photo with my iPod... since my iPod's camera sucks... I tried emailing myself the pics I took with my camera and then saving them to my iPod's photos, but whenever I try to open them in Instagram (or Picfx for that matter...) the apps just crash. Meh. If you know how to do this some other way, let me know pretty please? Thanks! ^___^

XOXO
Posted by TheBlakkDuchess at 1:58 AM