I had originally planned to post every day while I was in Iowa, but lacked the internet to do so... o_O

I will start with the Story City Carousel... for I am in love with this tiny town's treasure.

As it's only open in the Summer, all my pictures had to be taken through the (dirty) glass windows. At least the building it's housed in was circular! ^-^

I'd also like to thank my brother for stopping so that I could run around taking pictures... he humored me and I dare say was amused by my excitement over the antique carousel. ^-^ I have the best little brother ever. =D 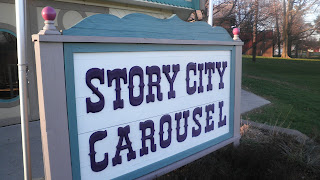 I was ecstatic to see that there were more than just horses on this carousel... Pigs!!! =D 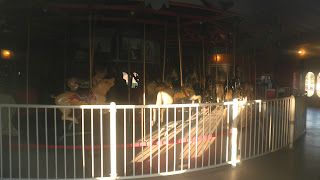 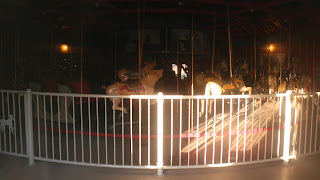 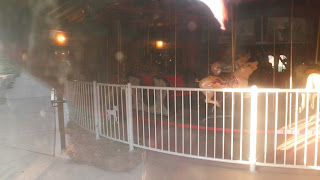 Trying to figure out if the face on the sleigh was supposed to be Santa or what... he looks like Santa in a flag hat... o_O 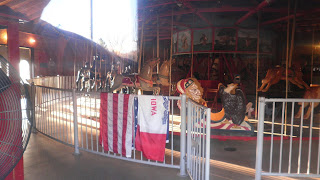 If this is Santa, he's apparently traded in the reindeer for eagles... eek... 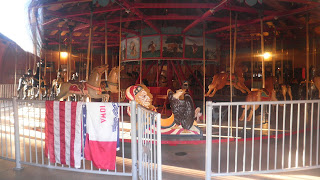 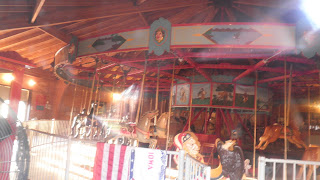 After a few minutes of snapping away, I realized that there were faces lining the top. They were creepy & totally awesome! ^-^ 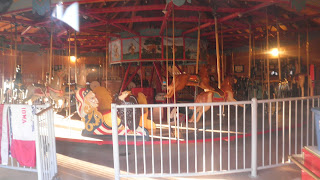 I think those two are dogs? I'd like a carousel with dragons, personally... 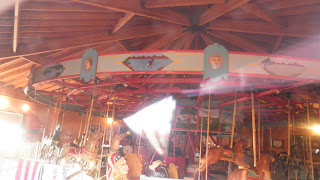 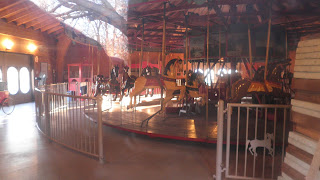 I like this one because it looks like there's a tree growing through the roof at first glance... 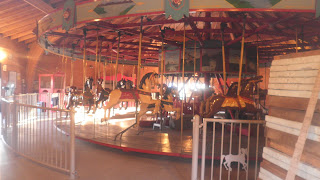 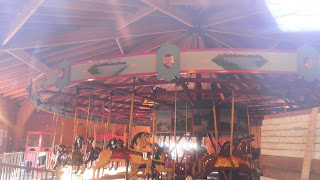 And one more face, just for good measure. ^-^

I'd love to go there in the Summertime, when it's open to the public & ride around a few times. ^-^ I love love love carousels! I remember riding one once that was a double decker... it was amazing and so much fun! I think it was in Colorado... or maybe Utah? It was housed at the 49th Street Galleria.

Just googled it... It's in Murray, Utah. You know you've lived too many places as a child when the locations of the memories get confused... lolz... 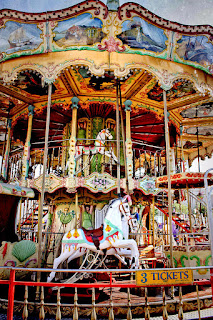 So this isn't the exact carousel, but it was kinda like this. ^-^ 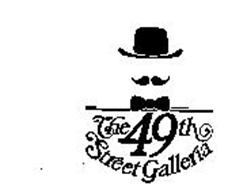 Anywho... so that's the Story City carousel! I'll be back soon with more pictures of my trip. And of my new niece. ^-^ She is adorable. And loud. XD

Posted by TheBlakkDuchess at 1:05 AM