Started and finished (woohoo!) my first of probably many goblin dolls. ^-^

I adore him. He's not your average goblin, however... he fell in love with my miniature rose at first sight & demanded that he be allowed to guard her from the kitties (who occasionally try to nom her...).

Sure... Why not? I think he'll make an excellent rose guard... and he simply adores her to the point that he doesn't even make the tiniest bit of mischief for me! All he does all day & night is sing to her & play his tiny accordion. It's the cutest thing you ever saw... ^-^

I had planned on making him some clothes, but after a long debate with Nix (that would be the goblin, mind you) & a discussion with Danni about her goblins' clothing preferences, I decided to just give in & let him run around nekkid...

Hell, I run around my house nekkid most the time, why shouldn't he? o_O 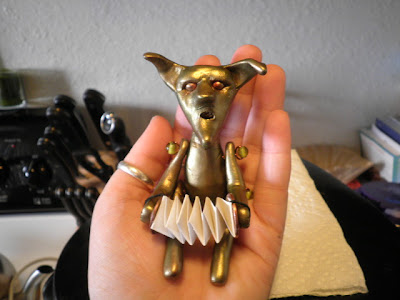 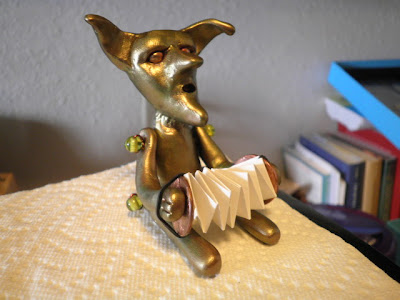 I'm off now to poke a few blogs & then go to bed 'cause I gotta work tonight. Hope y'all have a spectacular Monday! ^-^

XOXO
Posted by TheBlakkDuchess at 12:45 PM